'Islamic Humanism' By Lenn E. Goodman Is A Valuable Contribution To The Study Of Islamic Humanism, Offering Abundant Examples From Islamic Philosophy, Ethics, History, And Literature 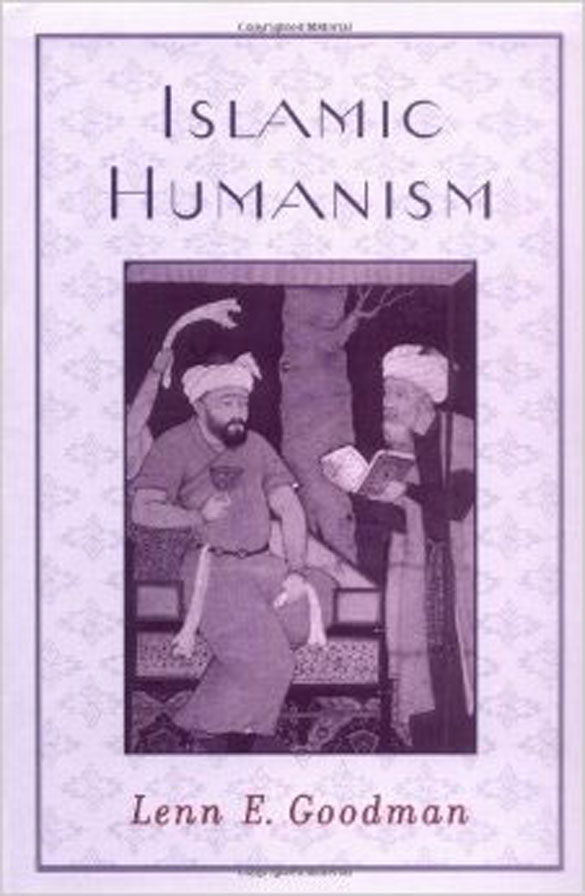 Islamic Humanism, by Lenn E. Goodman, reflects some forty years’ study of Arabic and Islamic thought and culture, and is a valuable contribution to the study of Islamic humanism, offering abundant examples from Islamic philosophy, ethics, history, and literature.

According to the author, philosophy, literature, science, and scholarship experienced a golden age when new disciplines and genres were invented as Islamic civilization and culture were challenged by new ideas. Thinkers made original contributions as they eagerly assimilated new and often alien materials. By contrast, the situation in Islamic culture today is a result of “a lesser openness, a loss of confidence, a crabbed defensiveness and chafing chauvinism grounded in insecurity” (p. 7).

Goodman advocates a dialogue that will continue across the boundaries of language, creed, and generations. His book is about that other Islam whose spirit has inspired marvels of art, literature, philosophy, and law. In some ways it is an Islam that remains to be rediscovered and reinvented. Goodman seeks out some of the threads of Islamic humanism in the past and tries to present a fuller picture of Islamic civilization than one encounters in the present-day headlines. His objective is to promote and provoke a fuller self-understanding among Muslims as well as non-Muslims who are interested in the possibilities and pitfalls of a religiously inspired way of life.

Chapter 1 explores the interplay of sacred and secular themes in Arabic literature and Islamic faith. Goodman links humanism primarily to secularism; sometimes he seems to employ these terms interchangeably. But what does he mean by secularity? Goodman uses the word secular for the most part in the sense of “worldly” and “temporal,” for example when he mentions the secular values of “elegance, virtuosity, royal favor, sovereign authority” and “the secular trinity of pleasure, wealth, and honour.” Again, for example, the cheetah hunt is mentioned as the secular emblem of social status.

Goodman also speaks about the root of a cardinal paradox engendered by the tension between monotheism and secularity: “Islamic otherworldliness can be very worldly,” as in the example of the Prophet Muhammad, who was a political and military as well as a religious leader.

Goodman deals with several “secular” topics and how they are treated in Islamic sources and Muslim culture. For instance, dance is generally seen as un-Islamic and unlawful by the jurists, although no text or tradition expressly forbids it. Likewise, he takes up the issue of music, noting that there is no real condemnation of music in the Qur’an, only a rejection of vain or idle talk, and he counters with al-Ghazali’s defense and justification of music.

Romantic love, too, constitutes a home for the secular par excellence. Islam has preserved some aspects of pre-Islamic poetry and has not erased the continuing fascination with the secular themes of love and conquest or fight and flight. Among the celebrants of secular love is Ibn Hazm of Córdoba (994–1064), whose “anticipations of Descartes’ and Kant’s criticisms of the faith of naïve rationalism rest on a limpid yet rambunctious religious faith” (p. 61). Ibn Hazm offers secular love in place of the sublimated and unsublimated eroticism of the mystics; to those who find a spiritual meaning in erotic longings, he offers a naturalistic alternative. The secularization of human love is prominent in the work of Ibn Taymiyya (1263–1328) as well, according to Goodman. And he sees Ibn al-Qayyim al-Jawziyya’s (1272–1350) Rawdat al-muhibbin (Lovers’ garden) as “a thoroughgoing exposition of secular love.”

Chapter 2 discusses humanism and Islamic ethics, and chapter 3 the metaphysical and epistemological roots of Islamic humanism. According to Goodman, al-Farabi’s philosophical affirmation of free will, sustained by naturalism, is a landmark of humanism. Similarly, Avicenna’s “recognition of the phenomenological primacy and ontic primitiveness of individual consciousness” is seen to be as central to the philosophical foundations of humanism as was Descartes’ phenomenology. Complementing Avicenna’s ontology of the rational soul is his epistemic account of the work of that soul, in which a deeply felt humanism finds expression. In fact, Avicenna combined some of the core ideas he found in scriptural monotheism with the...