In Search of Prophetic Islam

Published by the Book People, an imprint of Olive, East Nadakkavu, Kozhikode-673011 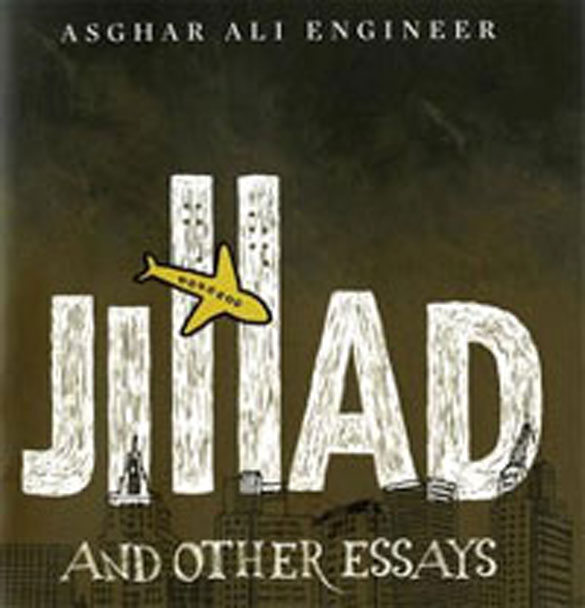 Muslim orthodoxy has always claimed Islam to be one of the most misunderstood religions in the world. The insinuation here is that non-Muslims have not put enough effort to find out what this religion really stands for. The truth is, if responses to Islam have fluctuated between bewilderment and phobia, Muslim theologians are to be largely blamed. Their conflicting expositions on what constitutes the Shariah have confounded not just non-Muslims but Muslims too. For example, one set of scholars legalise triple Talaq which renders a woman instantly divorced on the pronouncement of the word Talaq thrice by her husband, even if he happens to be drunk; while another group considers this method illegal. Confusion also prevails over the legality of marrying minor girls.

There are scholars who shockingly justify the marriage of eight year old girls to forty year old men, even as others condemn this practice. Then there is the mystique of jihad. Does it mean “holy war”, or is it a democratic struggle against social injustice? Opinions diagonally vary. There is also no unanimity among the scholars on the correct definition of the word kafir. Most of them use it, without any basis of course, to refer to all non-Muslims. But Muslims have also been branded kafirs (apostates) liable to be killed; mainly to suppress dissent or to put down other schools of thought.

It was left to the reformist scholars throughout history to make sense of this mindboggling theological discord and demystify Islam to the world. One such personality was Asghar Ali Engineer, the renowned Mumbai-based social activist who cudgelled against anachronistic interpretations of Islam. He unfortunately passed away in May 2013 just before the launch of Jihad and other Essays which is a collection of 42 of his articles on various Islamic issues including jihad, Ijtihad, Burqa, compassion, gender equality, freedom of religion, commonalities between Islam and Hinduism, Indian Muslims, Islamic secularism and the absence of democracy in the Muslim world.

But jihad is by far the most discussed subject in this compendium. It figures in the title of no less than six essays in different contexts in which Engineer takes great pains to explain that jihad, out of the 41 times it is mentioned in the Quran, has not once been used in the sense of holy war either against the Muslims or non-Muslims. The Quranic words for war are Qital and Harb. As further evidence, Engineer refers to the important conclave of top Islamic scholars, held in March 2010 in the historic city of Mardin (Turkey). The subject of the Mardin meeting was the controversial ‘Mardin fatwa’ issued by the 14th century Muslim theologian Ibn Taymiyyah, which proclaimed jihad against the Mongols despite their conversion to Islam on the grounds that they could not be true Muslims because they followed the ‘man-made’ Yasa code instead of the Shariah.

Over the centuries, this fatwa had been misused by Muslim extremists to justify violence against non-Muslims and also other Muslims by declaring them apostates at the slightest difference of opinion. The Mardin symposium was an attempt to neutralise this. Its New Mardin Declaration inter alia condemned the moral vigilantism of radicals and called upon Muslim scholars to analyse and assess “ideas that breed extremism, Takfir (labelling fellow Muslims as unbelievers) and violence in the name of Islam.” Citing this, Engineer exhorts Muslim youth to focus on education to avoid falling prey to extremist ideologies.

The Ulema and Muslim intellectuals, on the other hand, are asked to shift their discourse from jihad to Ijtihad (independent reasoning), and through Ijtihad transcend all existing schools of Islamic law and develop a unified law applicable to all Muslims thereby giving a “greater meaning to the otherwise hollow slogan of Islamic unity.”And such a law is possible, argues Engineer, only if prominence is given to the four most fundamental values promoted by the Quran; justice (Adl), benevolence (Ihsan), compassion (Rahmah) and wisdom (Hikmah). He laments the fact that no Muslim state or society today follows these values. Indeed, theologians have circumscribed Islam to some selected aspects of the Shariah such as the dress code for women, Hudood laws (laws of fixed punishments), blasphemy laws and so on. And if Islam is to be unshackled from the hobbles of medievalism the Prophet’s liberation theology is the only way out.

In the article Muhammad (PBUH) as Liberator Engineer points out that the Prophet was more than a teacher and spiritual guide. His primary Quranic mission was to liberate humanity from ignorance, superstition, oppression, slavery and injustice. In fact, even before messengership was conferred on him, the Prophet, along with several tribes, was part of a confederacy called Hilful Fuzool in Mecca whose aim was suppressing violence and injustice, and protecting the rights of the weak and the poor.

Engineer explains how, using the very first command (Iqra or, Read) revealed to him, the Prophet liberated the Arabs from the darkness of ignorance and illiteracy. In fact, the change in Arab attitude toward knowledge and rationalism was so radical that within a century an intellectual glitter surrounded the Islamic world while most of Europe was experiencing a phrenic blackout. And, the barriers of colour, status and race were brought down so fast that a liberated black slave, Bilal, saw himself being elevated to the high position of a muezzin (prayer caller), an honour coveted by many free and “racially superior” Arabs. Not to mention the freedom that was granted to women from the slave-like treatment that was meted out to them by the Arab male. The Prophet, through the Quran, also liberated the Arab society from economic injustice. Back-breaking usury was abolished and only honest trade was permitted. Speculation was banned, and the rich were asked to contribute at least one-fortieth of their annual income to a common fund for the benefit of the economically challenged members of the society.

Yet another glorious aspect of the Prophet’s liberating message was the openness, tolerance and respect for other religions. Muslims were not just asked not to differentiate between divine prophets; they were also warned that there was no compulsion in religion. Engineer equates this attitude of Islam to its compatibility with secularism wherein people of all faiths and ideologies are allowed to live in peace and harmony, subject of course to no group forcing its way of life on another. As an amazing example Engineer cites the framework of governance the Prophet signed with the people of Medina soon after his migration to that city. This historic constitution known as Meesaaq al-Madina upheld the right of all citizens to their respective religions. Included in this agreement was the most tolerant clause, “the Jews of the Banu Auf shall be considered as a community (Ummah) along with Believers [that is, Muslims]; for the Jews their religion, and for the Muslims their religion.”

In short, it is the argument of Engineer that unless Muslims revive the spirit of Islam found in the Universalist message of Prophet Muhammad, their future is bleak. Jihad and other Essays offers a wonderful insight into what this message is. It serves both as a guide for the perplexed and an effective antidote to the disinformation campaign of the Islamophobes.